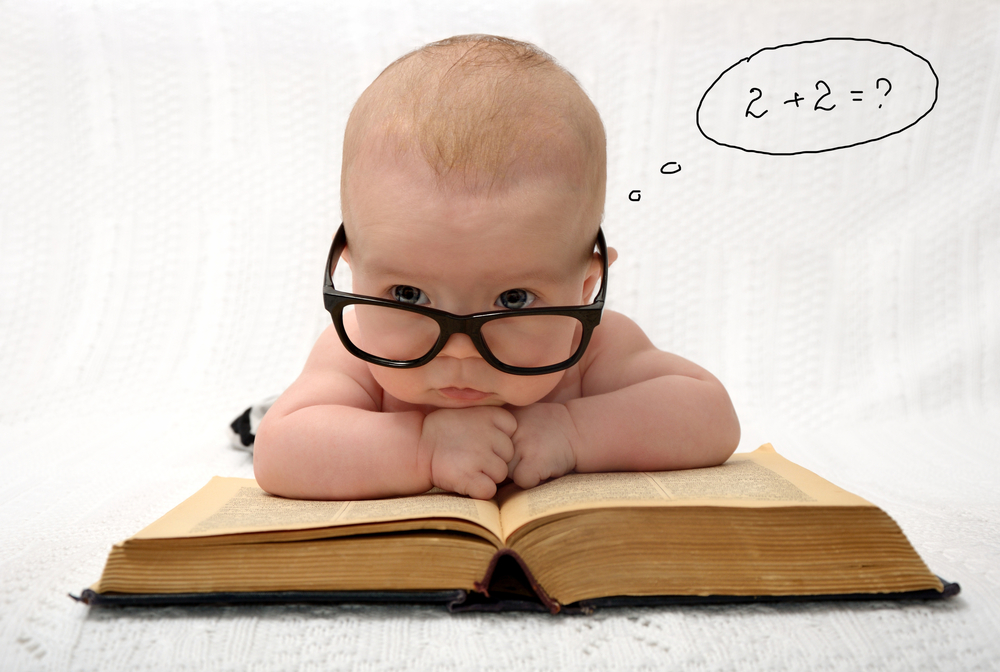 Anxious about math? You’re far from alone.  For millions of adults, a lack of confidence in math skills – often tracing back to negative childhood experiences – has had lasting repercussions. Besides leading to missed career opportunities and ongoing frustration in everyday tasks, studies show that math angst can even be transferred to others.  For parents, that’s something to keep in mind as children begin their lifelong relationship with math.

“The foundation for our critical thinking capability and comfort level with math is shaped during our earliest years, when the brain is growing exponentially,” noted Dr. Susan Canizares, Chief Academic Officer, La Petite Academy. “Unfortunately, some of the most widespread fallacies about math are also tied to early childhood. By dispelling these myths and providing positive, developmentally appropriate learning opportunities, we can ensure our children build the fundamental skills and self-assurance they’ll need for future success.”

These Math Myths Don’t Add Up

Whether you’re an arithmophobe (yes, that’s a thing) or a math maven, you may have encountered some of these common misconceptions:

“Every child is born with the ability to think mathematically and has the potential to develop critical academic skills – with the proper support,” said Canizares. “Many factors shape our interest and ability level, but being born with a ‘math gene’ is not one of them. We help children build confidence and develop a deeper understanding of math when we explore concepts like quantity, patterns and measurement in ways that are meaningful for them – through games and in conversations about their everyday world.”

MYTH #2:  If a child doesn’t get the basics of math early on, they can always catch up.

“Math is part of a core set of learning domains including cognitive, language, physical and social development that all contribute to school readiness,” explained Canizares. “Each supports the others as a child develops a foundation on which to build more advanced skills. Studies show that children who haven’t grasped the fundamentals by the early elementary years are likely to continue to struggle throughout middle and high school. By this point, ability and confidence have become negatively intertwined. Early math development is as important as early literacy development. We must do everything possible to prevent an achievement gap for all children.”

“Children learn by thinking about different ways to achieve their goals,” noted Canizares. “They are problem solving all day, every day.  It’s important for parents, teachers and other role models to project a positive attitude about math, recognize a child’s effort and provide encouragement. A big part of that is helping children understand that solving problems in math is just like any other problem solving effort; creativity, perseverance, and trial and error are each a necessary part of the process.”

MYTH #4:  Boys are better than girls at math.

“The gender gap regarding math achievement has more to do with cultural factors than biological differences,” said Canizares.  “Research indicates that while boys and girls share the same developmental abilities, girls tend to doubt their mathematical capabilities early on, often due to subliminal or unintended messages.  This lack of confidence intensifies during adolescence, causing girls to lose interest in math – which ultimately shuts them out of the professional fields where math is essential.”

“Part of early math certainly includes naming colors and shapes, recognizing numbers and being able to count. Fluency in these skills requires knowing them by memory,” acknowledged Canizares. “However, early mathematical knowledge for preschoolers is highly conceptual and includes foundational skills such as understanding sizes and patterns, spatial relationships, sequencing, classifying, and measuring.  It’s critical that teachers help children to see and live their world mathematically –meaning that they guide them in active explorations, use descriptive language about attributes and changes they see in things, and provide plenty of opportunity for children to express their ideas, make predictions and think critically.”

Check out this video for more information about some of the most common early math myths.

How We Develop our Grow Fit Menu

By Nicole Spain, Registered Dietitian The planning that our team does for your child’s menu at school has requirements that are laid out by the USDA and state licensing agencies.  By following the USDA guidelines, we are ensuring your child has foods that provide a variety of vitamins and minerals as well as fiber, while […]