Celebrating Moms in May 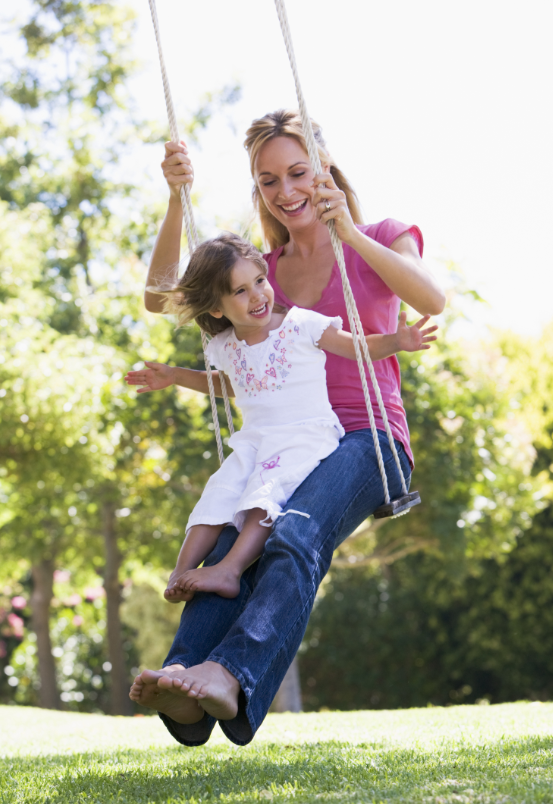 Last Mother’s Day morning, my little men did not awaken me with giggles, hugs, or even soppy cereal. Instead, I started the day in the hair and make-up room at 30 Rockefeller Center, preparing for one of the biggest moments in my professional life.

My Good Enough Is the New Perfect co-author and I had been asked to appear live on MSNBC, a huge chance to reach a wide audience. But this opportunity also meant that I would be more than 300 miles away from my family when Mother’s Day began.

The old me would have been wracked with guilt. But thanks to the wisdom I had gleaned from the successful moms whose stories filled our book, I recognized that this was a season for my professional work, and that a season for family would be right around the corner. I made it home by midday, enjoyed a baseball game with my boys, and then spent the evening watching the MSNBC video.

It delighted them to see their own mom on national television, and it delighted me that I had gained enough perspective on my own work/life balance to appreciate the professional and personal accomplishments that the day had bestowed.

All month long, I’ve focused on celebrating the things that I’m doing right as a mother and professional, and I hope you’ll join me. I’ve been posting tips and images that inspire on our new Pinterest boards (Check them out here: Childtime and La Petite Academy), but in the meantime, here are some of my top tips to get moms focused on themselves at this time of year, and beyond:

• Recognize that there are many ways to be a “Good Mom.”
One of the moms featured in our book told me a story that I’ll never forget. She had happy childhood memories, and was forever trying to re-create them for her daughter. However, because her mom not only stayed at home but also excelled in cooking and crafts, the bar was set perilously high. She remembered Valentine’s Day mornings with festive linens on the table and nightly meals that could have been photographed for a lifestyle magazine. She assumed that she needed to do the same to qualify as a “Good Mom.”

What she wasn’t remembering, however, was that she had chosen to pursue a full-time job and a side business while raising her daughter. She certainly could make it all work, but not the way her mom did. Eventually, she came to realize that there was more than one way to excel at motherhood, and that her way was just right for her own family.

• There’s nothing wrong with “easy.” Just because something is hard doesn’t mean it’s more valuable.
I can’t begin to count the number of times I heard “they call it for work for a reason” and “anything worth doing is hard” when I was growing up. I was the daughter of baby boomers, and this was a typical message for our generation. One of the moms we interviewed said she took the hardest tax class in law school not because she was interested in the subject, but because she wanted to prove that she could ace it.

She did, but to what end? Of course she’s not practicing tax law now, and those hours might have been better spent pursuing something that came more naturally. It’s okay to direct your energies toward your interests, the things that don’t feel like such a struggle.

Another case in point: My husband often teases me for using the crockpot for inappropriate recipes, and instead of conceding that he was right, I recently decided to make things hard on myself once again (this time attempting a bread pudding sort of thing that I had spotted on Pinterest). As usual, the dessert did not cook evenly in the slow cooker, and we were all frustrated by the results. But I finally learned my lesson: crockpots aren’t for desserts. No need to fight the obvious!

• Balance isn’t about finding perfect harmony every day.
A generation ago, moms didn’t spend hours on social media sites, absorbed in photos of “perfect” lives. While we all know that our friends are typically putting their best feet forward on Facebook, it’s important to remember that no one can create the perfect balance – whatever that means – every day. Balance isn’t about apportioning equal amounts of your day to professional work and family – even a process-improvement guru would be hard-pressed to find a 50/50 day. Shoot for an overall flow that doesn’t make you feel harried and that honors your personal priorities. That’s the balance that’s right for you!

Hollee Schwartz Temple is the co-author of Good Enough Is the New Perfect: Finding Happiness and Success In Modern Motherhood. Look for more of Hollee’s work/life balance tips on our new Pinterest boards.

Hollee Schwartz Temple is a professor at West Virginia University College of Law. She is a work/life balance columnist for the American Bar Association Journal, the nation's premier lawyer magazine, and blogs about work/life issues at http://thenewperfect.com. Hollee is the coauthor of Good Enough Is the New Perfect: Finding Happiness and Success in Modern Motherhood.

The way we, as parents and caregivers, respond to children’s questions and worries will help them through difficult times and teach them to cope during future challenges.  We wanted to provide you with information to help you recognize signs of stress in children and offer you suggestions for helping children manage stress. Helping Children Cope […]